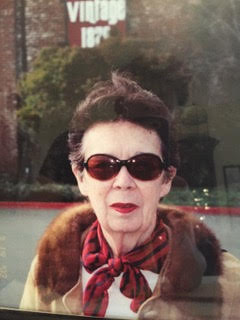 Visiting Thursday, February 4, 2021 from 9:30 – 10am at St. Charles Borromeo Church, 19 Sidney Pl, Brooklyn, NY 11201
Mass of Christian Burial Thursday, February 4, 2021 at 10am at St. Charles Borromeo Church, 19 Sidney Pl, Brooklyn, NY 11201
Burial to follow at Long Island National Cemetery, Farmingdale, NY
The Silber family is sad to announce the passing of our beloved mother, grandmother and sister, Dr. Patricia Silber, on Friday, January 29, 2021. Dr. Silber, 94, passed away peacefully at the home of her daughter and son-in-law, Christine and former New York State Senator Martin Connor, in Brooklyn Heights. Born Patricia Sheridan on March 11,1926, in Cohoes, NY, she graduated from McKinley High School in Washington, DC, in 1943 and Hunter College in New York in 1948. At age 22, she was hired by the Economic Cooperation Administration, which administered the Marshall Plan, and moved to Paris, where she worked in the Information Division. Returning to the U.S. in 1949, she worked at Charm Magazine as an associate promotion director. In 1951 she married Air Force Lieutenant Raymond E. Silber and settled in Brooklyn Heights before moving to Long Island, where they raised five children. Working during the day as an elementary school teacher, she attended Stony Brook University at night, earning an MA in 1972 and a Ph.D. in Medieval Literature in 1975. After teaching at Stony Brook and other colleges on Long Island, she joined the faculty at Marymount College of Fordham University in Tarrytown, NY, where she eventually served as English Department Chair. In 2005, she received Fordham’s Bene Merenti Medal honoring her years of service. She remained at Marymount until her retirement in 2007. Over the years she received letters from many students thanking her for being a wonderful professor. Students noted that she made Beowulf fun. She authored several articles on medieval literature and women in Shakespeare, and wrote a textbook, The Longman Writer’s Grammar, in 2005. A lifelong writer, her non-scholarly work appeared in many publications. She was a lifelong community volunteer, including serving as secretary for the Chamber of Commerce, as a Democratic County Committee member, as a volunteer serving elderly Catholic nuns, and as a volunteer for the Irvington, NY, Historical Society. Dr. Silber was a devout Catholic active at her parish church, Immaculate Conception in Irvington, and a supporter of Pax Christi. She traveled extensively, both as a professor, attending conferences in her field, and after retirement, when her destinations included Europe, Russia, China, Japan, India, and the Galapagos. She was a lover of opera, British mystery novels, the Sunday NY Times crossword, and wine. She loved spending time in the Adirondack Mountains at her family’s camp. She was a devoted wife, mother, mother-in-law, and grandmother, and a valued source of advice, encouragement and inspiration to us all. She was predeceased by Raymond, her husband of 39 years, who passed away in 1990. She is survived by her children, Christine Silber, Stephanie Silber, Michael Silber, Anthony Silber, and Paul Silber. She is also survived by her brother, John P. Sheridan, and sister, Barbara Mitchell. She leaves twelve grandchildren and five great-grandchildren.