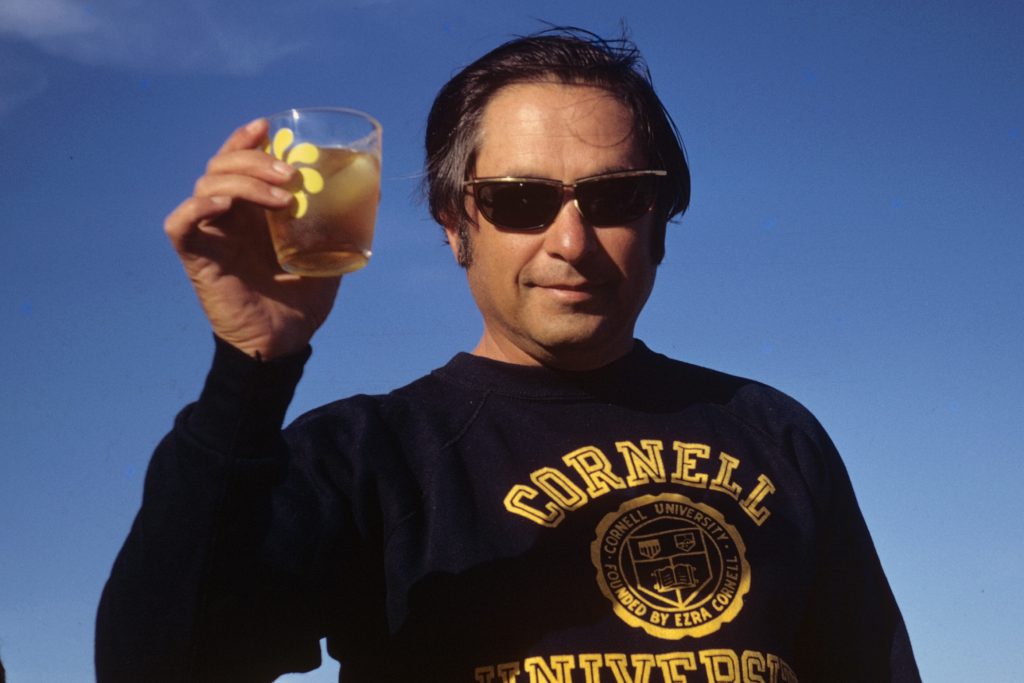 Solomon (Sol) was born in Allentown, PA, the eldest son of George and Frieda Parmet, themselves recent immigrants to America from Russia and the Ukraine. As a boy, Sol early on showed his quiet strength as a strong swimmer and his early promise in music, excelling at the bass fiddle. By the time he turned 16, he was a certified life guard, a decorated Eagle Scout, and the youngest pit musician who ever played the burlesque house in his home town. During his first real “gig,” Sol not only earned good money for a teenager, he also enjoyed the maternal protection of Lois Dafee, and many other well-known, well-endowed stars of the day.
After Sol graduated from high school, the world was at war, and, like many others, Sol joined the army in 1942. He was selected to train as a radio operator. Though his musical contribution to the war effort was limited to entertaining the soldiers on his troop ship to the Orient, Sol made contributions in more meaningful ways. Like many of his generation, he never talked about it, but he did his duty. Fighting the Japanese from Kunming, China with the Flying Tigers, he distinguished himself and was awarded two Bronze Stars, one for using his life guard skills to save the ship’s cook from drowning when their troop ship was torpedoed.
Before using the GI Bill to earn his business degree from NYU, Sol had a few years to live his real dream—he worked full time as a jazz bassist. As an impoverished musician sharing digs on 49th Street with his peers, grabbing what gigs he could, he learned how to make ends meet, surviving on the free sandwich buffets that could be had for the price of a beer, which, at the time, cost a dime.
It was during one of his quests for free food that he met Toni Marmo, who became the love of his life. She was a social worker co-hosting a party. Sol came to eat but found a banquet. A few years later, on November 19, 1949, they were wed.
Later they moved to Rochester, New York, but neither could stay away from New York City for long, so in 1953 they moved to Brooklyn, to the building on Grace Court where Toni still reigns.
New York agreed with them, and Sol earned another degree, this time from Columbia Teachers College, and became a full time teacher. He proudly served the teens of Staten Island, teaching typing and other business subjects, and returning to the pit band for the occasional high school musical, at Curtis High School for 25 years.
In 1958, Sol and Toni had a much loved daughter, and together they were free to spend summers in Wellfleet, MA, swimming, fishing, and schmoozing on the beach. They filled their evenings with music and song–at home, and in local juke joints and honky-tonks where Sol would blissfully play bass and Toni would charismatically belt out a tune or two.
Sol is survived by his wife, Antoinette Jane (“Toni”) Parmet, his wife of 66 years, his daughter, Davina Parmet and her husband Paul Reagan, and his two beloved granddaughters, Lianna and Sasha.
A brief service will be held on November 14 at 1 PM, for his New York friends and family at the Scotto Funeral Home, 106 First Place, Brooklyn, NY, 11231. Interment of his ashes will follow in Massachusetts at a later date. Toni Parmet has asked that in lieu of flowers, donations be made in Solomon’s honor to the Housing and Emergency Assistance Program of the Jazz Foundation of America, http://www.jazzfoundation.org/memory_honor